Distinctive Kutz is a black barbershop in suburban Atlanta where men gather to argue about sports and tell lies about their skill with women.It’s the kind of throwback shop where a candy-cane colored barber pole sits out front, posters of President Obama and Tupac adorn the walls and customers play checkers and dominoes.The coronavirus pandemic has shut down the business and its raucous conversations, but Mitch Magee, its co-owner, still has some things to say.Magee believes Georgia Gov. Brian Kemp’s decision to reopen some businesses across the state starting today is an “attack” on African Americans — one of the groups hit hardest by the virus. And he says it’s no coincidence that the businesses being reopened — including barbershops, nail salons and churches — are communal gathering places for black residents.

Emory Hospital RN Aisha Bennett talks with a man and woman before taking nasal swabs at a drive-through COVID-19 testing site on April 16, 2020, in Conyers, Georgia.”It seems like it’s an attack on us. Those places are all in our community, where we live on top of one another,” he said. “I have right to be paranoid because our people are dying more than whites.”In another time Magee’s fears might have stayed confined to his shop floor, along with his customers’ hair. But he is part of a growing chorus of black leaders and business owners who say that reopening Georgia’s economy places a dangerous burden on people of color. One prominent black pastor even said state officials were “diabolically” planning to exploit black people.

Pastor: This is ‘leaving us to the slaughter’

Kemp’s said he made the move because his shelter-in-place order was pummeling the state’s economy.”Our small business owners are seeing sales plummet, and the company that they built with blood, sweat, and tears disappear right before them,” he said Monday in announcing his reopening plan. Kemp said he made his decision after consulting with health officials and that businesses that reopen should adhere to safety procedures by sanitizing workspaces, keeping physical distance between employees and wearing masks when appropriate.

Gov. Brian Kemp announces April 20 that he will reopen some businesses.”We remain focused on the safety and well-being of every person who calls Georgia home,” he said.But black leaders quickly questioned him. Some explicitly mentioned race, while others cited the potential overall harm to the predominately black cities they lead.Stacey Abrams, who lost to Kemp in the 2018 gubernatorial election and is a potential Democratic vice presidential pick, said on Twitter that Kemp’s decision was “dangerously incompetent.” Van Johnson, the Democratic mayor of Savannah, told CNN’s Erin Burnett that reopening Georgia’s economy now was “reckless.” Atlanta Mayor Keisha Lance Bottoms — whose city, like Savannah, is majority African American — said it “perplexed” her.

The Rev. Jamal Bryant, senior pastor of New Birth Missionary Baptist Church in Lithonia, Georgia, went even further.In a Facebook Live video, he said it was no coincidence that the decision to reopen some state businesses came soon after many blacks received federal stimulus checks.

“They understand diabolically that African Americans are prone to do spending,” Bryant said. “To stimulate the income, they gotta make ‘negroes’ spend money, and they’re banking on us not spending it with ourselves.”Bryant pointed out that many blacks like to gather in places like barbershops and beauty salons. He also cited statistics showing that African Americans have been hit disproportionately hard by the coronavirus because many lack access to health care, have pre-existing health conditions and hold service industry jobs that don’t allow them to work from home.Kemp’s decision is “leaving us to the slaughter,” Bryant said in the video, which has received more than a million views.

A view of an empty John Lewis Freedom Parkway into downtown Atlanta on April 4, 2020. A statewide shelter-in-place order for all residents went into effect on April 3.He urged residents to ignore the reopen order and said his church, one of the largest in Georgia, would not resume in-person services.”I shudder to think what would be the thought if in fact those who would be stricken by Covid-19 were overwhelmingly … rural white farmers,” he said. “Would in fact the same precedent take place? I say not.”CNN has made repeated requests to the governor’s office for comment.Georgia has recorded more than 21,500 confirmed cases of coronavirus and more than 870 deaths. Public health officials have urged caution, warning that lifting stay-at-home restrictions too early could lead to another wave of infections.

Such warnings by Bryant and Magee may seem far-fetched. But there are historical reasons for black people to be wary of being victimized over their health.In the 1930s, the US Public Health Service began deliberately allowing Alabama black men infected with syphilis to go untreated without informing them — a shameful and secret study that became known as the Tuskegee experiment. More recently, a commission concluded that racism was a factor in the Flint, Michigan, health crisis that led to many residents drinking contaminated water.

Derrick Johnson, president of the NAACP, asked whether Kemp understands how lethal reopening some businesses can be for black and brown people.”I wonder if he is putting profit over people, and that if that is the result of a lack of empathy because of the disparate impact on African-American people and Latinos,” Johnson said.The Rev. Raphael Warnock, senior pastor of the historic Ebenezer Baptist Church in Atlanta, rejected Kemp’s economic rationale for reopening some businesses.”You can’t preserve people’s livelihoods if they’ve already lost their lives,” said Warnock, a Democrat who has announced a bid to represent Georgia in the US Senate. 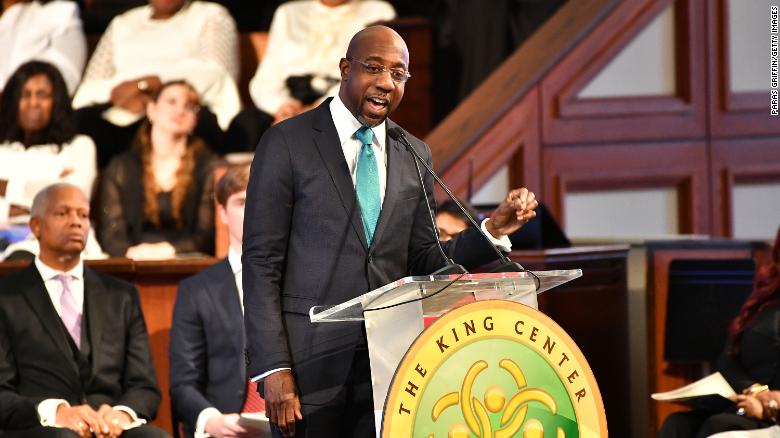 Raphael G. Warnock, Senior Pastor of Ebenezer Baptist Church, speaks during a Martin Luther King, Jr. commemorative service at Ebenezer Baptist Church on January 20, 2020 in Atlanta.”The economy is the people. It’s not a third party entity apart from the people. If the people are sick and dying, the economy will be sick and dying.”Some Georgia black business owners say that reopening the state’s economy will force them to make grim choices.Don E. Miller, owner of an Atlanta-area counseling service called “The E Effect,” says he’s been reduced to seeing maybe five clients in person per week while wearing a mask and gloves and keeping his distance. But there are some businesses, like barbershops, where that’s not possible, he says.”You can’t maintain six feet when you’re cutting some people’s hair,” he Miller said. “You’re right on top of their head. You’re in that hair. That person is breathing and talking.” 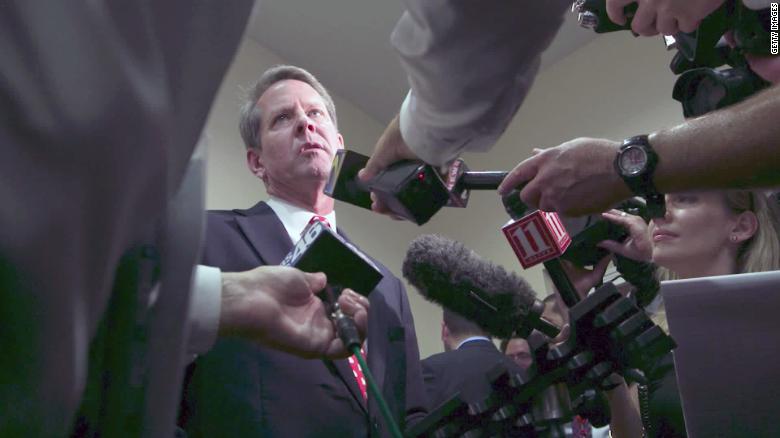 Gov. Kemp: “We remain focused on the safety and well-being of every person who calls Georgia home.”Miller said there’s not enough coronavirus testing available in Georgia to justify even partially reopening businesses. But he believes some black business owners need income so much that they will risk their lives to reopen.”When people get in desperate situations they make desperate decisions,” he said.